Solid growth in sales of electric passenger cars in Europe in the first half of the year. We analyse sales and the evolution towards electric mobility. 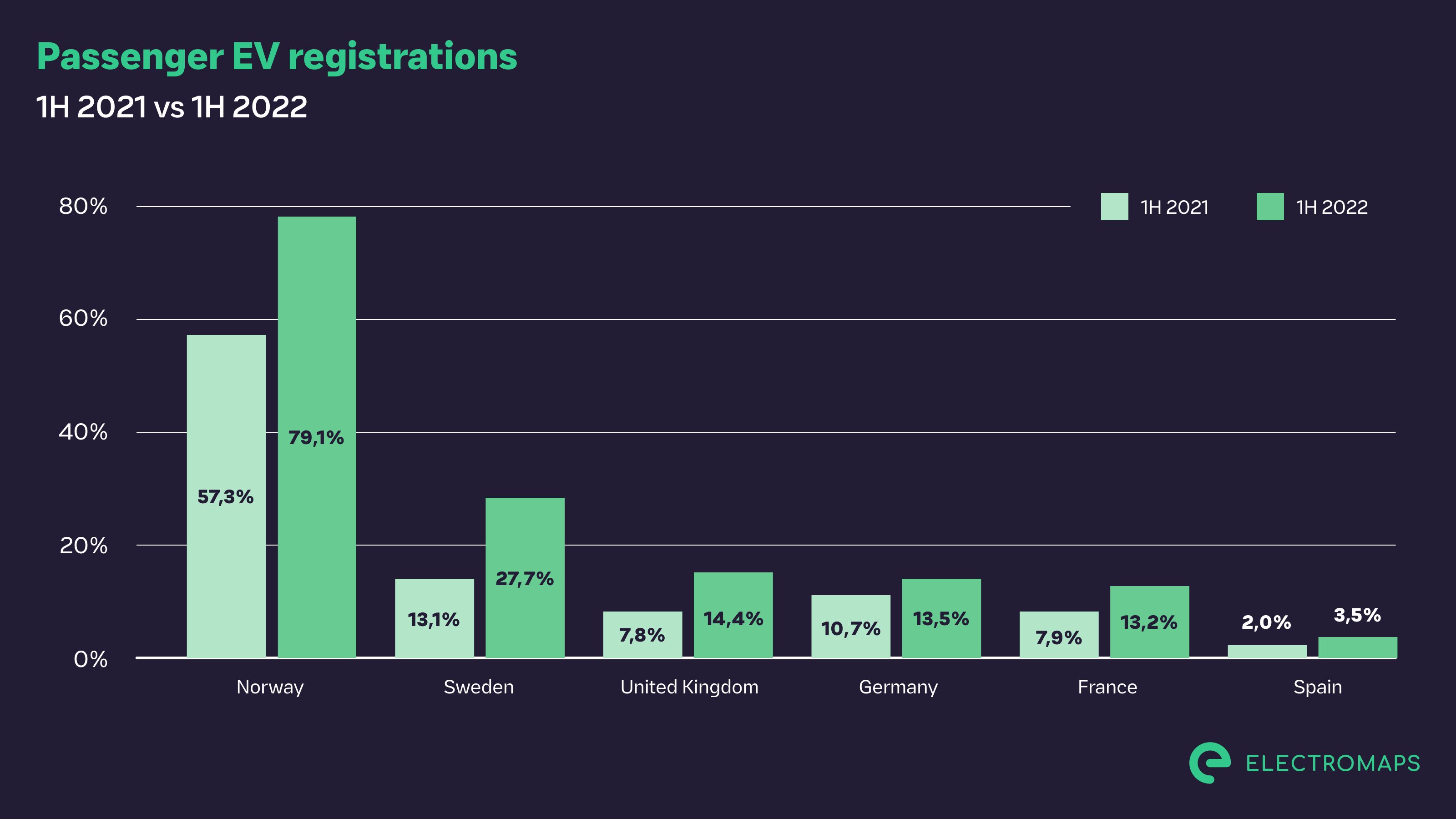 The increase in electric vehicle registrations no longer surprises us, because it has been something recurrent in recent years. However, we do want to highlight the evolution in this first half of the year, in which, for example, the EV market share in Sweden is more than double that of the same period in 2021. And it is not the only country with substantial growth.

A couple of months ago we analysed the different speeds of implementation of electric vehicles, and we checked what state of transition the different countries were in and what characteristics we could see as guidelines in that transition.

The fact that the European Union has prohibited the registration of new combustion vehicles from 2035 last June, drives even more, if possible, the evolution of the automotive sector towards pure electric, and the brands have already announced the end of the manufacture of combustion vehicles well before this date, and even for next year, like Lotus.

The electric vehicle gains market share in all countries

The accumulated data for the first half of the year is very significant, showing a solid increase both in market shares, as reflected in the graph above, and in the number of electric passenger car units sold in these periods.

This increase in pure electric passenger cars, both in market share and in net numbers, occurs despite the fact that global registrations have decreased in these countries by between 10.7% (Spain) and 18.3% (Norway).

Norway, where combustion hardly has a place anymore

This is the electric market par excellence. A country in which this category of passenger cars reached a 79.1% share in the first half of the year, having exceeded 86% for the first time last March.

Its consolidation has come this year, adding 21.8 points in its electric share compared to the first half of 2021. The rest of the vehicles tend to disappear in that country.

We have seen the evolution of Sweden with respect to the previous year in the first graph, with an average share of electric passenger vehicles of 27.7%, an increase of 211.5% over 2021. These numbers are even more impressive if we bear in mind that registrations fell 17% in this period.

The rate of penetration of electricity is also observed month by month; in fact, almost 1 out of every 3 passenger cars registered in June in this country was 100% electric (32% share).

United Kingdom, moving forward but with ups and downs

With an increase of 184.6% in market share in the first 6 months of this year, EVs continue to advance in the United Kingdom. Their more than 115,000 registrations represent a 14.4% share, achieved largely by the decline in combustion cars in a country that has seen total sales fall by 11.6% in the last year.

However, the energy crisis and the shortage of components contribute to a somewhat irregular evolution, marked by ups and downs in registrations in the first six months of 2022, with a difference of almost 10 percentage points in share between some of these months. Even so, the progress of the electric one is indisputable and the United Kingdom closes June with a 16.1% share, 5 points more than in June 2021.

From January to June, 20,000 more electric passenger cars were registered in Germany than the previous year, despite the 11% decrease in total passenger car sales. Thus, we see that the electric ones add almost 3 points to their market share, with an accumulated average in 2022 of 13.5%. A too timid increase, which may be influenced by the socio-economic consequences of the war in Ukraine.

Internal combustion engines continue to resist the pull of electric ones, showing a smooth and progressive decline, which does not allow Germany to advance in electric mobility at the same rate as other of their European neighbours, such as the United Kingdom or France, with a more positive evolution in this past semester.

The decrease in the number of passenger car registrations by 15.2% in the Gallic country does not seem to affect too much the thrust of electric mobility, where pure electric vehicles have experienced an increase of 167% in this first semester.

Of course, the infrastructure of the charging points helps the transition to electric mobility, and this is reflected in sales. According to Tesla data, 20% of Europe's charging points are in France. An essential infrastructure, which, together with the rise in fuel prices, makes the electric vehicle a very attractive alternative.

And since we are at the time of the Tour de France, that sentence by Miguel Induráin comes to mind comparing cycling and wine: “Working every day on it and, above all, with a lot of perseverance and commitment, both the cyclist and the wines improve over time”. Could it be the hard work, commitment and perseverance that Indurain mentioned, France's strategy in its "climbing" towards electric mobility? Will we see exponential growth in the coming months?

A few months ago we saw how Spain was still in an initial phase of electric mobility, but we can say that progress is continuing and the data for the first half of the year show a market share of 175% compared to 2021, passing pure electric tourism from 2% to 3.5%. A net increase of more than 5,000 units, despite a 10.7% decrease in total registrations.

Even though June data are positive, we may need that boost in charging point infrastructure that we see in the French market, in order to bring electric mobility back to normal not only in large cities, but also in all those beautiful places of our geography, where precisely we enjoy escaping on vacations or long weekends. Villages, beaches, mountains, and those hiking trails so travelled by outsiders and strangers, with religious, physical, sports and/or cultural motivations.

The Almanzora Valley is a clear example of a commitment to recharging infrastructure in remote places. We hope that soon more Spanish provinces and municipalities will join. Let us remember that in little more than 12 years, in 2035, we will have to have a 100% share of electric vehicle registrations in Spain and the rest of the countries of the European Union.

Plug-in passenger cars continue to grow in all European markets

Plug-in cars continue to gain market share, although the sum of pure electric and hybrid cars does not follow the same pattern in all countries. In Spain, registrations of plug-in hybrids continue to be above that of pure electric vehicles, a true reflection of the initial stage in the implementation of electric mobility. However, in Sweden, Germany, France and the United Kingdom, electric vehicle registrations are higher than those of plug-in hybrids, even doubling the quota in the British country.

The case of Norway is very different, since it is a country in which electric vehicles account for almost 80% of registrations in the first semester. If the plug-in hybrids are added, PEVs reach 88.4% market share. We will be able to say pretty soon that the transition to electric mobility has been completed.

We will continue to analyse the data for the coming months to see if we can see patterns that help us predict progress over time towards mobility. 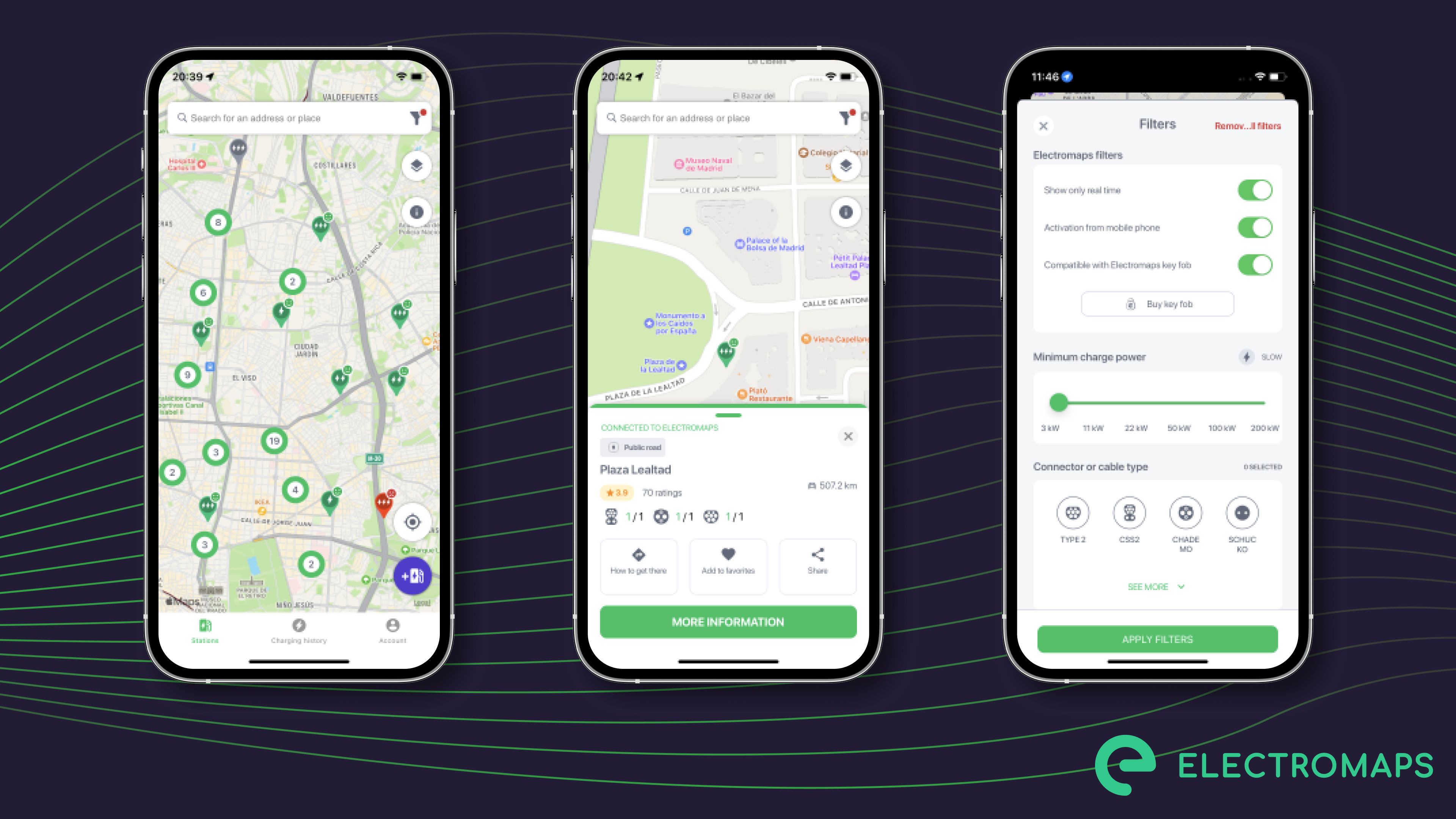 Real-time charging station data on Electromaps: how does it actually work?

Real-time data offered by the Electromaps app come from various sources. We explain how we work with this information and what benefits this brings to users.
Read more 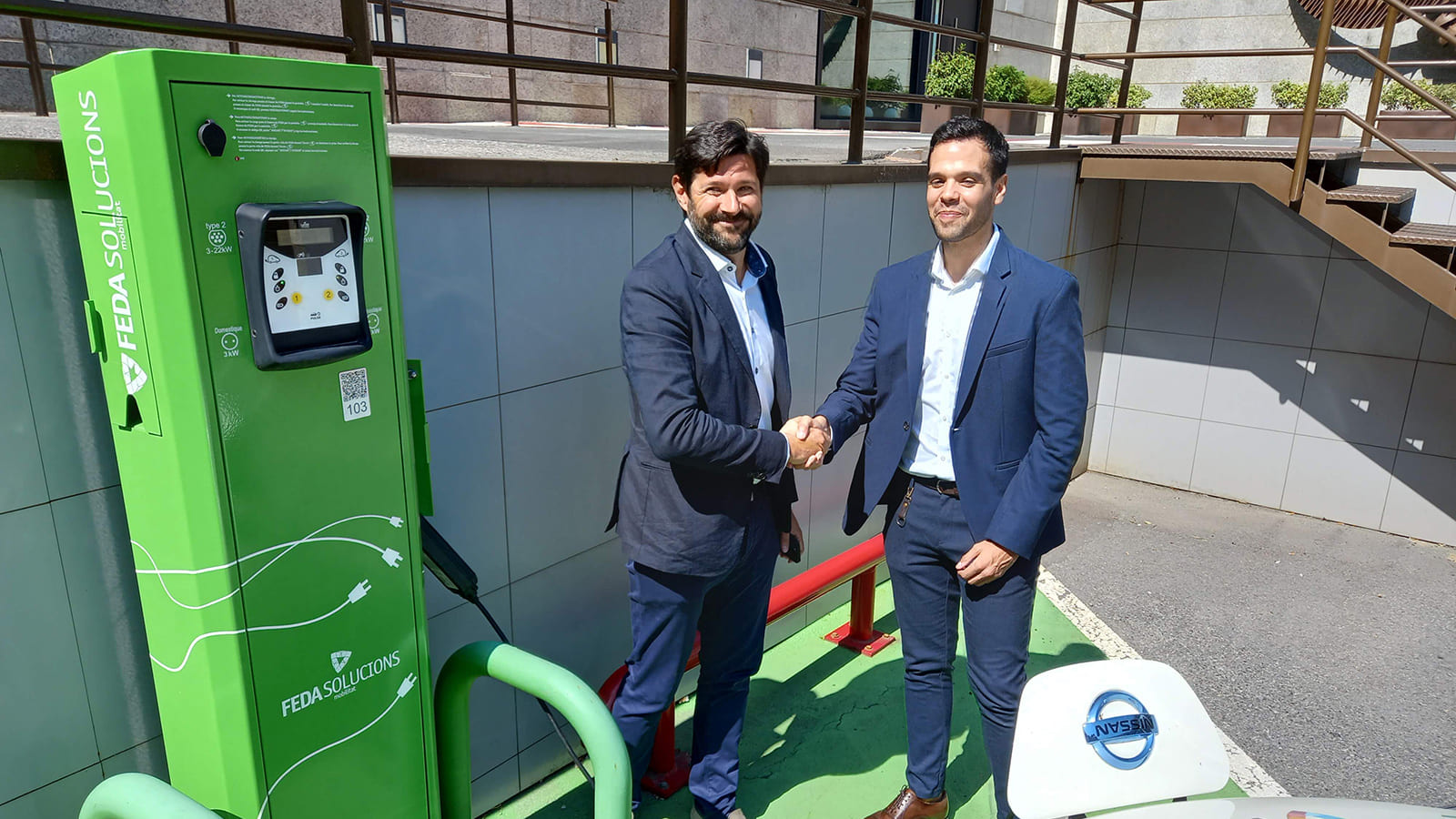 Electromaps and FEDA Solucions sign a roaming agreement for Andorra

Electromaps users can now access all charging points on public roads in Andorra and pay for their charges with the Electromaps app and keytag .
Read more 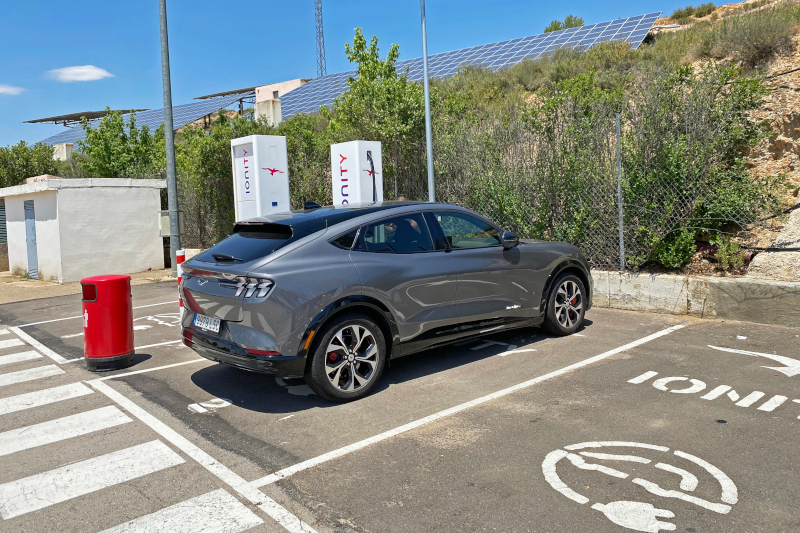 Heat and your electric car battery

Summer heat can cause your electric car batteries to heat up. Here you have information and some advice so that you can charge without problems.
Read more